If you visit our fair city and wonder, “What is there to do in Kerrville,” there are in fact a host of attractions, both in downtown Kerrville and nearby.

Some of these we’ve reviewed or discussed already, and others we haven’t yet got to. There are even some things that are in the works — the refurbished Arcadia Live, for example — that will be a regional draw and which we haven’t talked about.

So: plenty to do.

But there’s one thing you can’t really do after about 7pm, and definitely not after 9pm in downtown Kerrville: that one thing is anything.

“Seriously?! You roll up the streets?” 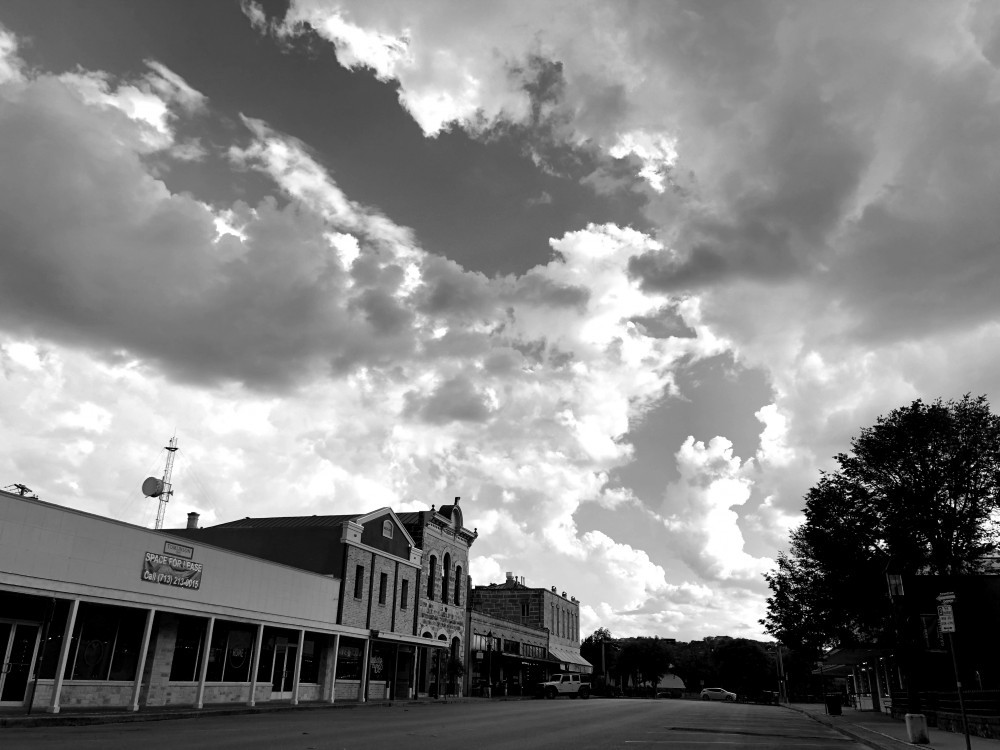 Intentional or not — and I’d be shocked to learn it was intentional — yes, Kerrville downtown is largely shut down. And not just because of COVID. It’s relatively non-functioning under normal circumstances.

The other evening a little before 9:30pm, no later, we were driving on Earl Garrett heading toward Water Street (the place and direction pictured above). As we turned left on Water, Karen noticed there were some people sitting at the wrought iron tables in front of Francisco’s. They seemed to be drinking and enjoying themselves. Not drinking too much, mind you, but enjoying themselves just fine, as one should when sitting downtown on a beautiful evening in a beautiful Texan town.

On Mon/Tues/Wed, Francisco’s is open for lunch only, but on Thu/Fri/Sat it’s open for dinner as well, closing at 9pm. Francisco’s is like the rodeo belt buckle of downtown; it’s a downtown mainstay, and other businesses appear to rest in its shade as if under a large tree in the middle of a many-acre field. Schreiner’s department store, across Earl Garrett, closed and re-opened as a design studio, high-end shop on one end (Schreiner Goods), and extending back into a multi-use facility (bank, event venue, and restaurant spilling out onto the City Hall parking lot).

A lot of, well, nothing

Across Water Street is a lot of…well, nothing. Two office buildings — like Oreo cookies: dark at night — with the empty cream filling of a parking lot between them. A parking lot, by the way, that only employees of those buildings may use and seems uncertain as to its permitted use after everyone leaves at 5pm. 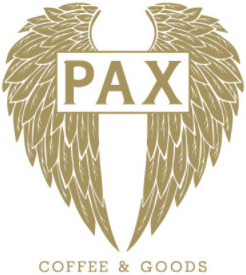 Around the corner on Earl Garrett is PAX, which closes at 9pm on normal nights but at 5pm during these COVID days, and on Water is Yeo-Bo’s, a (very good) Korean restaurant that closes at 8pm on Wed/Thu/Fri. Saturday night, when people want to hang out downtown, it’s closed. Even when we don’t have a global pandemic.

So Francisco’s, like the buckle, fastens the waist of the sagging pants of a downtown that is desperately trying to bulk up.

And yet it, too, closes at 9pm on a Saturday night.

The good news is that unlike areas of New York City, even wealthier neighborhoods like the Upper West Side, a vacant street doesn’t mean that pedestrians are likely to get mugged. In fact, unlike my hometown of New York, a mugger here better be prepared for a muggee to pull a weapon.

That comforts me in some perverse way. 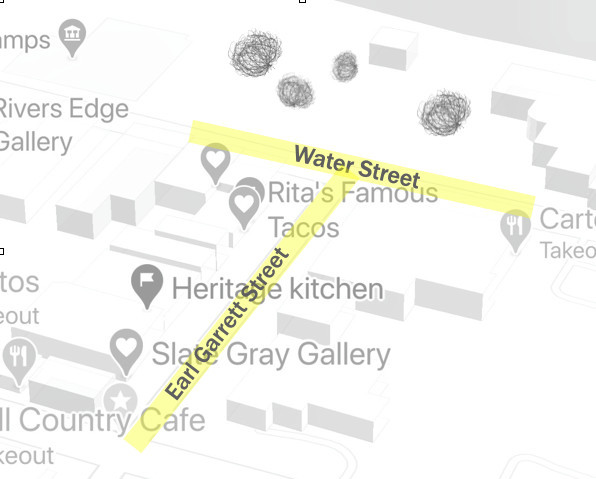 This mini-map is a combination of snark, information, and love.

Right now, Earl Garrett past 5pm is merely a street that gets me from Main Street to Water, or the other way around. And at night, when the light at that intersection becomes a blinking stop sign, taking a left or right turn onto Water is tricky, because seeing cars coming up Water from the south is partially blocked due to foliage and furniture. It’s an indicator of how little car traffic there is and how much less pedestrian traffic there is.

The former Heritage Kitchen, flagged on the map on Earl Garrett — this is my old Google Map screenshot — has now become Liberty Kitchen in Ingram. It’s frontage is quiet. A perfect spot for a mugging. If this were New York City.

Seriously, what is there to do in Kerrville, Texas?

And why am I writing this article with my “SCHOOL OF (th)OUGHT” banner? (Namely, my editorial series.)

Because I care deeply about my adopted city and wanted to editorialize about it. (Some people know that even New York was my adopted city. For my first couple weeks as a bun in the oven, I was in Southern California and Florida.)

I care that Kerrville has places to go to for out-of-towners. And I think we’re getting there.

Before COVID, downtown was certainly more lively and will be so again.

No doubt that The Arcadia Live will bring in other restaurants to the immediate area. I, for one, would love to see a place where teenagers could hang out at on weekend nights, spilling out onto the sidewalk with all their loud and boisterous vivaciousness, like a commercial dog run for adolescent humans. I’m also hoping for an ice cream shop that I can make excuses for avoiding at least 5 out of 7 nights.

For 175 years (since 1846), Kerrville has been growing, and merchants have been hanging their shingles since Joshua Brown and crew first started making shingles.

I hope and trust more shingles of note and lasting influence will continue to be hung along Earl Garrett Street and the surrounding area in the months and years to come.